Growing up in Southern California with a Burmese father, our family had Chinese takeout on a regular basis.  Our takeout orders always had to include the staples: Chow Mein, Kung Pao Chicken, Orange Chicken, Beef & Broccoli, and of course, Cream Cheese Wontons.  As I got older, my love for Chinese takeout diminished, mostly because of the heaviness of the dishes.  I didn’t like how much oil you could taste in these dishes, and I began to enjoy other Asian cuisines more.

But fast-forward to the present, where I am now living in China, and realizing how much better Chinese food is in its home than across the Pacific in the US.  Which leads me to Green.

Green was another restaurant recommended by our coworkers, and the nickname follows the same story as Red: Green has green tables and chairs, hence, the nickname for us foreigners who aren’t exactly fluent in reading Chinese.

What sparked my interest in Green was the similarities of the menu to the Americanized Chinese food I ate growing up.  The menu was small, but included Chow Mein, Chao Fan (Fried Rice), and Wontons.  I was really curious to taste the differences in the Chow Mein and Chao Fan from what I remembered them tasting like at home.  And to be completely honest, I was secretly wishing for a Cream Cheese Wonton.  I knew that this was a longshot, as cheese isn’t a favorite ingredient in China, but, I hadn’t eaten cheese in so long, and a girl can dream.

Our first time at Green, we ordered Chow Mein, Fried Wontons, and Steamed Dumplings.  The dumplings just looked so inviting, and so much like the Mandu we loved to eat in Korea, that we had to try them out.  First out were the dumplings: bite sized little packages of shrimpy meaty joy.  They were absolutely delicious! Next were the wontons.  To my hidden disappointment, there was no cream cheese, but what was there to replace was amazing! These little wontons were filled with a delicious bite of pork and veggies! Yum!

And the last to arrive was our Chow Mein.  I grew up pronouncing this dish Chow Main, which I didn’t know was wrong until I tried to order and was immediately corrected.  The actual pronunciation is Chow Mee-en, a little lesson for the day! But onto the dish.  The oil I remembered from Chow Mein at home was nonexistent.  In its place was the freshest plate of noodles, egg, meat, and vegetables I could have imagined.  These noodles were so fresh and inviting, I couldn’t imagine eating another plate of those oily noodles of my past!

So after a quick internal deliberation, I made a decision.  American Chinese vs. Authentic Chinese: Authentic wins, hands down. 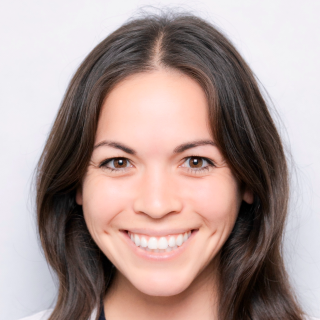 Hi, I'm Sarah, a California native living and teaching in Sanya, on Hainan Island, located in Southeast China! If you have any questions, or any suggestions about what you'd like to read in future posts, feel free to email me at sgibson524@gmail.com.